Skip to content
What is Web 3.0? New era of opportunities

What is Web 3.0? New era of opportunities

Web 3.0, or the third generation Internet, has revolutionized the world, one of the goals of which is to create a decentralized Internet. But what is Web 3.0 and why do we need it?

One of the technologies that has greatly influenced human interactions is the Internet. With the advent of the Internet, the world of information and communication has witnessed dramatic changes. In the first generation of the web, there was no concept called interaction, but the second generation started a big revolution in interaction with the introduction of some social networks such as Facebook.

Just when users thought everything was at its peak, the gates of the third generation of the web were opened to them. But one of the most important goals of Web 3.0 is to create a decentralized internet. Since the third-generation web may be a new and unknown concept for many people, we decided to introduce it in this article. 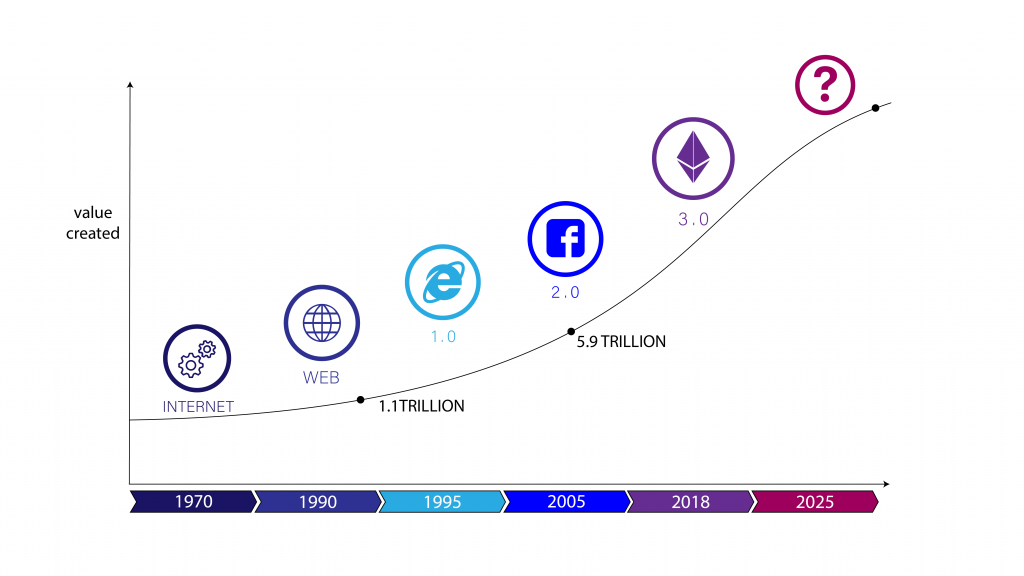 Over the past few decades, websites and web applications have changed dramatically. They have evolved from static sites to data-driven sites, which users can interact with and even modify.

The original Internet was based on what is now known as the first-generation Web, or Web 1.0. In the early 1990s, websites were created using static HTML pages, which were only capable of displaying information and users could not make any changes to it.

But all that changed in the late 1990s, and a new form of interactive Internet emerged. In the second generation of Web or Web 2.0, users could interact with websites using databases, server-side processing, forms, and media. This caused the web platform to change from static to dynamic.

The benefits of the third-generation web

Considering that it is still too early to talk definitively about the advantages and disadvantages of Web 3.0, but some of its salient features are:

Now the question may be, what will be the role of digital currencies in Web 3.0? Digital currencies actually become payment tools for users. Hence the currency code can be called Web 3.0 fuel.

This open-source wallet uses IPFS or file system between applications. IPFS is a peer-to-peer, decentralized file distribution system with no central server. This has led to no censorship of information sharing. The most important thing that distinguishes this Atrium wallet from other traditional wallets is that it allows its users to store their wallet wherever they want. Of course, this technology is still in its infancy and has some limitations, which will definitely be overcome in the future.

The evolution of the Internet has come a long way to and will certainly continue to move in the future. But despite the vast amount of information that is being added every moment, the third-generation web, or Web 3.0, will provide a much higher quality experience for users. Users will have more control over their information by taking control of the Internet instead of companies.

This website uses cookies to improve your experience while you navigate through the website. Out of these, the cookies that are categorized as necessary are stored on your browser as they are essential for the working of basic functionalities of the website. We also use third-party cookies that help us analyze and understand how you use this website. These cookies will be stored in your browser only with your consent. You also have the option to opt-out of these cookies. But opting out of some of these cookies may affect your browsing experience.
Necessary Always Enabled
Necessary cookies are absolutely essential for the website to function properly. This category only includes cookies that ensures basic functionalities and security features of the website. These cookies do not store any personal information.
Non-necessary
Any cookies that may not be particularly necessary for the website to function and is used specifically to collect user personal data via analytics, ads, other embedded contents are termed as non-necessary cookies. It is mandatory to procure user consent prior to running these cookies on your website.
SAVE & ACCEPT
Go to Top